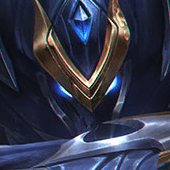 voidshadow Member
January 2020 edited January 2020 in General Discussion
Don't know if i am allowed to post about other games here but thoughts on magic legends the (mmo?) arpg? By community reactions it seems DoA. And if Lost Ark ever gets that western release i don't see ML ever being successful. Also announced to be f2p which heavily implies p2w. That being said, i'm willing to give it a try. Gameplay doesn't look as horrible as reddit and youtube comments are making it sound. To me any way.
Where there is light, there is shadow. I am the shadow without the light. The shadow of nothingness. The VoidShadow
0