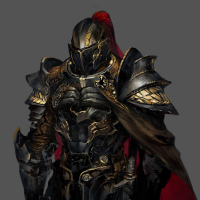 lithic Member, Founder, Kickstarter
January 2020 in General Discussion
So last night after the stream, the legend himself Bacon, graced us with his presence in the Discord. I took the opportunity to ask one of the most important questions regarding Verra to date and the idea got an endorsement from the man who inspired it in the first place BACON.

Question: While cooking Bacon in Verra, will there be a 2% chance of having a candy pop as a by product?

I claim the idea, Fuppoheadhunter coined the phrase and Bacon would like to see Bacon candy in the game. As a bonus feature the sound it would make is Steven unwrapping Bacon's candy on a live stream right in front of the mic.

Please give this post a like so we can get Steven to improve it for the game.

Lithic
What we do in life, echoes in eternity
5