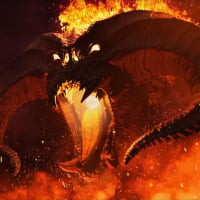 Balrog21 Member, Alpha One, Adventurer
March 2020 in General Discussion
It might have been said before, but do the players have the choice of what kind of node you want when you start the build up or is it just random? Or does it tell you what type it will be from the get go?
I did however like the choice of buildings you get to make and when and what order you get to make them. I figured it was just going to be once the node leveled all these buildings would just be in place. A VERY nice revelation today in the stream!