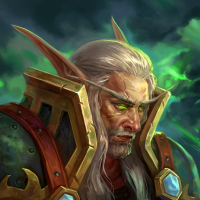 luky685 Member, Braver of Worlds, Kickstarter, Alpha One
March 2020 in General Discussion
I just wanted to start off by saying I realize this is still in an extremely young state of the game. I'm worried however that player collision could become a massive abuse, stability and gameplay issue. I do like the concept because of it being not used generally in mmo's. This is however usually for good reason due to just how many players tend to be in a given area at a time. My main concern refers mostly to pvp however this could become a major issue in pve as well.

PvP
The primary issue IMO is terrain abuse. I've spent a large amount of time doing such exploits in testing other mmo's in the past. Terrain interaction with player models is an issue at best when you can't shove other players around let alone being able to physically move someone independently. Glitching through castle walls in a siege for example would be a massive problem and abused to no end. Collision detection in some games also can create massive amounts of lag if not done properly which could be exploited by mass rushing someone and having tons of collisions happen at one time putting a strain on servers.

PvE
Another massive concern is obviously cities. Imagine having to wait in line to quest givers or vendors due to just sheer volume of other players in the environment. This was addressed by Steven during the stream saying that they'd be implementing some sort of system to combat this, which I believe they'll no doubt have to do. Earlier in the stream they were blocking each other from quest givers and from walking through doors. Again this could be addressed in a similar way mounts are dealt with in World of Warcraft where it auto dismounts you and prioritizes npc interaction over player selection. Even imagine being body blocked into a corner by a trolling ally during a boss encounter because they find it "funny"?

I'm not against the idea entirely and would be open to here how it would be beneficial but I personally can't see how it would in what is anticipated to be a very large scale mmo. It just doesn't seem practical in a world where all player interaction is based on some sort of large scale confrontation. Be it massive outdoor raids/pvp or just general questing in a busy area and a group decides to make a massive wall for stopping others from farming herbs, ores or even general quest items.

TLDR
The system seems too easy to abuse in the short term and do untolds amount of havoc to the long term health of the game in the worst case scenarios.