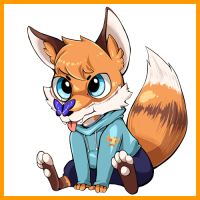 Also Steven is alive and well. (He's been pretty quiet this past week)