Free trial up to level 20 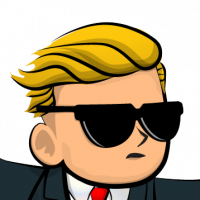 I don't know if this is the right place for my thread but I hope this upcoming MMORPG will have a free trial up to level 20 like World of Warcraft. I was excited when I saw the graphics but I didn't like it when I found out that the game is not for everyone. I don't know why we're in 2020 and there are no new free to play MMORPGs in North America but I don't blame the developers this is their game.
0
«12»