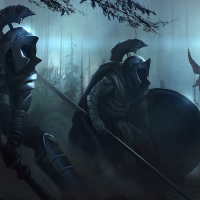 Ventharien Member
April 28 in General Discussion
Hi everyone! Was sitting around on break wondering what some cool ideas for sieges could be. Like in addition to the castle region owner being able to send resources for the defense, maybe citizens could gather materials for a set number of barricades on city streets the mayor could place either before the siege, or in the hours before siege begins. How about you guys? Any ideas you think would make sieges a fun event?
0