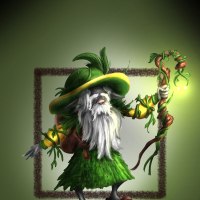 Repkar Member, Founder
May 14 in General Discussion
So, My favorite type of character to play in any game is a nature wielding magic/melee class. Ever since I was a kid I chose classes like druid, or grass types in Pokemon

My question is, do you guys think any of these class combinations would be close to that? I think it would be cool if the class focused purely on nature spells like springing roots from the ground to attack enemies, calling nearby nature spirits that had been forgotten when we left Verra, drawing powers of all nearby plants to poision/sleep/entangle enemies. I dunno, I can dream cant I?