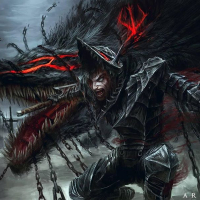 marlless Member
May 17 in General Discussion
Hello, one thing that interests me a lot in mmorpgs is how will I be able to structure my characters, for example if I will be free to add status points in the traditional ones (str / int / dex / agi / con), I am tired of the current hands where I have no freedom to distribute these status points. Another thing is the question of runes as they are also limited in the number of slots in each item and what type of rune I can put in each piece of equipment. and also the question of skill building where I have to follow a chain of skills that I don't want to use to get to the skil that really interests me, and also the amount of skill points that I will be able to accumulate and distribute between the skills, and if I can make a build completely unlike my class because I will be free to do so, I thank you for your attention, and I am looking forward to playing ashes of cration.
0