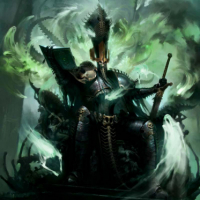 Nagash Member, Leader of Men
May 23 in General Discussion
Hello. I thought it would be a good idea to bring back the guild finder from the old forums. The idea of this thread is for people who wish to join guilds but are not sure which one to join. All you need to do is use this template and fill it in with your information and the potential guilds can look for members.

what class you may pick:

what you want from a guild:

The dead do not squabble as this land’s rulers do. The dead have no desires, petty jealousies or ambitions. A world of the dead is a world at peace
1