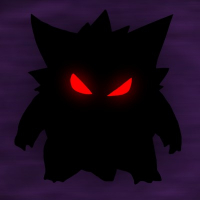 Khana Member
July 29 in General Discussion
Hello guys, I've been silently following ashes of creation so far and I've been very concerned about this corruption system.
Most of the Pvpve MMOs that released so far had problems with pvp and pve communities being incompatible, one wanting more freedom for pvp, while the other couldn't stand being killed even once (mostly because they lack fighting experience and don't know how to retaliate).

The best compromise (imo), is to have a part of the servers with a lighter corruption system, with a [PvP] Tag in their name.
Those servers will serve three purposes:
1/ They will have a higher concentration of people who actually want to pvp/be competitive in pvp, making it more enjoyable for pvp players to fight against people who actually knows how to put up a fight and won't be scared to fight back.
2/ It will allow intrepid to give a bit more freedom to pvp on those servers (not too much to avoid turning the server into a FFA brawl)
3/ It will reduce the amount of pvp players/tryhards on the other servers, giving the opportunity for more pve oriented players to fight people with few/less pvp experience just like them when they have to in every type of activity involving pvp (=less frustration for them)

So, now that i've explained the reasons, let's move on to what would be that "lighter" corruption system.
1/ Non combatant players get flagged as combatants if they attack a corrupted player.
2/ Corrupted players wouldn't get stat dampening due to corruption, and they wouldn't have any chance to drop a part of their gear upon death (they would still get the xp penalties, as well as the higher amount of dropped materials).
3/ A Second state of corruption would be added (let's call it heavy corruption) that would essentially be the same as the current corruption status (gear drop, stat dampening and so on). That status would trigger after you killed a certain amount of people while being already corrupted.
So, let's say you need 400 corruption points to get the heavy corruption status, Killing a non combatant of your level or higher level than you gives 100 points, killing a non combatant of lower level than you but more than half of your level gives 200 points, killing a non combatant whose level is less than half of your level gives 300 points. Dying removes 100 points. And farming XP allows you to scrap off corruption points slowly.
4/ PK counts that influences the corruption you get on future kills starts counting only when you are heavily corrupted.

The Idea behind this is that it wouldn't bring too harsh penalties for killing one or two people that you don't like or that pissed you off or any other reason, but not rewarding either so that people don't start killing non combatants for no reason, While maintaining a healthy amount of limitations so that people cannot go on a rampage either.

If you have any ideas to improve this, or if you see a flaw in my system, please post it so we can discuss this together.