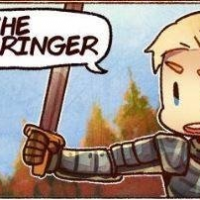 In my opinion the Risk vs Reward system of RNG enhancing is a poor system that take advantages of the dopamine rush from gambling, especially when you take into account the amount of time and resources you can potentially sacrifice to the RNG void that achieves nothing in your overall progress of your account.
I do not feel it is a rewarding system to skilled players as there is no way to become "better" at RNG, the worst can be rewarded and extremely happy while the best can be absolutely screwed repeatedly and face extreme frustration. You can only become better at making currency to throw more dice rolls, which you are strong armed into under this mechanic. I understand having luck is also a skill but I also believe in putting your nose to the grindstone and seeing rewards of progress little by little.

My baseline is that I do not feel that RNG is a worthy system to put my no-life time into for end-game gear, as the amount of time and resources that I'd have to throw away for each failure yields nothing.

I'm curious if anyone has any enhancing alternatives or paths that they'd like to present, voice or discuss.

A couple of mine would be;

1. A "Growth" type enhancement system where you can choose your weapons path of enhancement (Either PvP or PvE as a base), and apply the concept of adding an XP bar to your weapon which can then start gaining XP from each relative field of choice. Participating in PvP events, Caravan conflicts, general faction/guild based PvP would contribute to the PvP Enh. path, whereas Dungeon running, World Events and PvE Grinds would contribute to the PvE Path.

Or possibly a third "General" path that gains XP from every factor in the game at a reduced rate that would provide a little of both worlds, this "Growth" can also be more specified. I.E. To my knowledge there will be element types in the game, at a certain enhancement rank you could possibly chose your element path and have a more specified grind locking the growth to certain biomes and Events within those biomes, dialing down your node citizenship choices.

This would add another incentive to participating in these events repeatedly in the end game and being rewarded with strengthening your character.

2. A more basic "Material" type enhancement similar to "Obsidian Weapons" in another MMO, where instead of upgrading weapons with marketable materials you must obtain soul/account bound materials from a quest line, participating in the events I mentioned in the Growth suggestion above, or more grinding in the world. This very well may be the concept for general weapon smithing among its own tiers already but could possibly branch into Enhancements as well.

Conclusion:
My bias is against RNG Enchancement as a solo lategame gear mechanic and end goal, and for any arguments that its optional, IF it is the only thing you can do to your gear after getting top level base gear, it is at the end of the day the gear end game.

RNG Enhancement (If stayed true to the concepts of Archeage/BDO) has its place as an economical sink and economic demand creation, but has a poor psychological effect on players and a negative effect on the longevity of the game. I would argue it's a strong factor as to why ArcheAge is mostly played as seasons/freshstarts, because when starting fresh the RNG probabiltiy is higher and you hit those rolls more often, thus hitting the dopamine rush and enjoyment. But I say factor and not reason as there's many other factors that go into freshstart mentality. Which is what I'm assuming intrepid does not want for this game.

If this game is to promote longevity should we not be attached to our gear that has been with us through thick and thin and choose to have it grow with us* rather than be willing to throw it to the void in hopes that it can become stronger to allow you to move to the next level of progression? If the ONLY thing that awaits my gear in the end of it all, in AA/BDO terms, once I reach T7 or get that Kazarka** weapon is this +1-15 Enhancement and Overclock. Then I've never really left the casino have I, no clocks (feeling of passage of time), people having "fun" left and right (grinding with the economical endgame being gear/enhancing) with shiny lights and distractions (cosmetics/content drops) everywhere.

And this very well could not be the case entirely as Intrepid is familiar with BDO/AA/L2 and want to avoid that kind of endgame but with this post I wish to push against the lackadaisical attitude to RNG Enhancement that has allowed said games to have the near same gear end game. It's not good for the mind of an average young player in the demographic that ashes wishes to reach to. In my opinion at least.

* I understand that pushing my suggested growth method doesn't inherently allow for the demand of weapons and create that economic void to be filled by artisans, measure's could be taken to make it so, higher durability drain, increased resource required for repair, everything can be balanced if looked in to well enough.

** I have no idea the current end game base weapon for BDO.

I am also not suggesting to do away with RNG enhancing and putting alternatives in its stead but provide players alternative paths to enhancing, if that wasn't clear. Just because I'm not a fan of it doesn't mean it doesn't have it's place in the game as a money sink.

Upon browsing more and collecting info I've come upon https://ashesofcreation.wiki/Enchanting which seems to both encompass both vertical enhancing and horizontal enchanting. For anyone that wishes to read on it.
4
«123»