Any info about the armor design philosophy ? 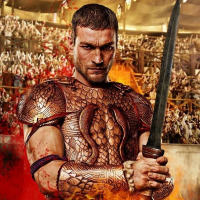 I have been wondering about the armor styles, as I'm a player from Mordhau where basically the devs said straight up that we'd only get gear and armor based on a specific time (~Middle Age and Early Renaissance).

For Ashes of Creation, I was wondering what would be the general design philosophy, pure fantasy and goofy styles like Guild Wars 2 which mixes actual good looking armors with Sci-Fi Christmas trees ? (Hopefully it's not the case

)
Judging by the interviews and videos, the styles will depend on the factions/groups and are mostly realistic.

Let's say for example, as a Conan the barbarian fanboy, if I want to dress my dude as a half naked man with fur armor, would that be possible ? In World of Warcraft, even with all the armour models they have it's pretty hard to find such styles as the art is mostly focused on very exaggerated fantasy with huge pauldron armors.

I'm planning on playing as a Py'rai which is basically a fancy bosmer but I don't know if a race has a visual impact on the design of your armor (like for example in Divinity: Original Sin 2 where the same piece of armor can have different visuals depending on the race wearing it).
1