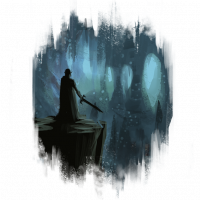 loghan Member
August 2 edited August 3 in General Discussion
Corruption question and preventing griefers... If my group of three is farming an open world mob spawn and a griefer has the singular motive of griefing us and so he uses his level 1 griefer account to constantly screw up our farming, how are we supposed to stop that griefing behavior without killing him and getting ourselves corrupted? *note that this level 1 griefer account has no corruption, he is smart and never fights back and never gets corrupted himself and he is guildless so my guild cannot just declare war on his guild.

For example this level 1 griefer character has no power or gear on, just a mount and weak crossbow for pulling mobs from a distance, so he can't directly hurt us but his griefing goal is to just mess up our mob farming. So he learns a trick where he pulls all 10 elite mobs in that camp and trains it to us. He then lets the mobs kill him and now the 10 mobs aggro my three man group and it wipes us. This leaves us with two options, we avoid corruption by not killing him but for the next 4 hours (and every day of that week) he continues to grief us and causes us to constantly wipe on the mobs and we farm about 10% as much materials as we would have normally. Or option two, we start killing him on sight so he can't aggro and train all the mobs on us but this, over a couple hours, makes all 3 of us deeply corrupted (because he’s just a level 1 alt character that is a non-combatant so killing him gives us a lot of corruption. Which means the griefer wins, he goes on your guild's forum and laughs about how he made them all corrupted players and he lost nothing doing it because he was running around on a naked level 1 griefer alt. (Why would a person go on a griefing campaign like this? Well his main is a max level character who, used to, own a fully upgraded Freehold, my alliance recently won a node siege and then went and burned his freehold to the ground, that plus he caught his e-girlfriend talking to me while we both wore VR headsets. Point being, this is an adult who is temporarily driven to grief us for two weeks, it happens every day in games and has for decades.

Possible Solutions:
Will my guild have an Enemy of the Guild / Kill on Sight list available to us? where we can tag this griefer as an enemy and kill him without corruption?
Will there be a Enemy of the Family list? Where within our small 8 person Family unit we can quickly convince eachother that adding GrieferXxXX to our Enemy list is good to do and once added we can kill him - with no corruption penalty.
And could each of us individually have a “Shit List” where every character can put 1 or 2 names on their own personal Shit List that allows us to kill them without corruption? (this plus the Guild enemy list, would be my favorite anti griefer fix if possible)

To balance these Enemy Lists you could only have a very limited number of names, Personal Shit List = 1 or 2 names, Enemy of the Family list = 10 or 15 names, Enemy of the Guild list = 30 or 35 names.
Also, importantly, these names cannot be quickly swapped out, a name cannot be replaced with a new one for a month. So if you add 5 names on November 1st, then on December 1st you can finally replace those 5 names with new ones, a button would become highlighted for replacing to make it clear to you it’s available.

Or do only Nodes have an Enemy of the State list, and so our only recourse will be to beg the Node mayor to add GrieferXxXX to the Enemy of the State list and thus make him a legal combatant to kill for no corruption. Though my concern here is the city mayor is a busy person with hundreds of unanswered messages so my plee to get GrieferXxXX added to the limited list of Enemies of the State will either go unheard or rejected because my problems are not the node’s problems.
aka stephen_esq on Reddit
0