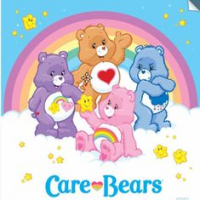 I'll start right away. Iam done with all the snowflakes calling world PvP griefing and trolling. Thats why iam considering creating a Guild with heavy focus on world PvP/PvP in general. I know most ppl on forums are the ppl we will be hunting but i still hope some really good PvP players will see my post. Iam looking for dedicated players who cant get enough of fighting and improving eachother. For now this thread is just to see if ppl would be intrested. Iam not a fan of too strict rules. Be mature, be rational. Dont fight/camp ppl lower levels, this has nothing to do with skill (only if they are assholes/crybabies).

We will organize to prevent getting killed by a bunch of bounty hunters, we will do everything to succeed, we will help eachother no matter what. We will be the guys ppl fear when they are in the open world. i try to quote Jahlon here, even tho he called ppl who are doin world pvp trolls and dumb etc. , he said if you are only pve focused and dont want to fight other players, this game is not for you. i feel like -especially on the forums- there are exactly those ppl. I already have ideas and plans to prevent/lower the corruption punishment, if they wont work when game launches be ready to create more than 1 char.

So yeah , would appreciate it if only the ppl who WOULD BE INTRESTED in this idea could give me their opinion so this thread doesnt end in a general discussion about PK'ing and world pvp. thanks in advance. Btw. i have a competitive backround in several games/MMO's and iam experienced in creating and leading a guild.