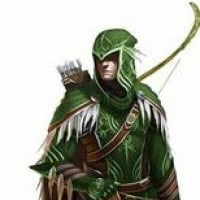 winner909098 Member
January 7 in General Discussion
What traps will be in ashes? I cant find it on the wiki, and they could have a big impact on siege warfare.