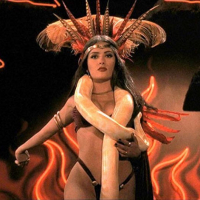 Santanico Member, Braver of Worlds
January 11 in General Discussion
Has it been talked about wether players will be able to see player death message and who killed them in their regional zone?