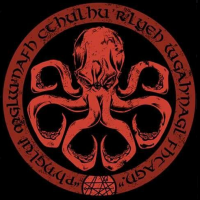 Lore Dynamic Member
January 13 in General Discussion
So, this is probably a dumb question and not really worth a post, but I was curious....

We know that there are 6 "levels/grades" of a Node's progression:

Typically in most (all? heh) other MMO's, a city or town is static. Already pre-built into the fabric of the landscape/world, as per the coding. But in Ashes these hubs will be popping up and crumbling down as players build them up; or they die to war, or entropy due to abandonment.

What I was curious about, is those players who are physically in the vicinity of the 'event' at the moment of it's happening.

Visually how will this look? What I mean... is if a Node is leveling up (say, from a City to a Metro)... there is a space-related footprint that a Metropolis consumes of the wilderness around it. What happens to Characters standing in the space at that time? Do they witness the Metro springing up before them? Around them? Does it happen all at once, or over the course of X-minutes/X-hours?

Or will the changes to the landscape occur during some "Server Reset" sort of time frame?

It would be fun to witness it happening in real time. If I was given a choice.

I've seen the videos of Mayors choosing what a plot of land within a city will become; and how the house/building sort of frames itself together (magically). Is that what we'll see?

Or will the Node "be" a 'Metropolis' in Level/Grade only...but the actual structures need to be built one at a time, via the help of players?
Stephen Sharif is my James Halliday (Anorak)

“That is not dead which can eternal lie,
And with strange aeons even death may die.”
-HPL
0