How everyone feeling about the game? 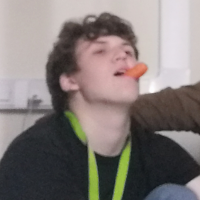 Crocos Member, Braver of Worlds
March 24 in General Discussion
It's coming up to the 4 year anniversary of the launch of the Ashes of Creation kickstarter and I'm wondering how everyone is feeling about the game. How have your expectations faired over the years? Do you feel let down or do you feel like things have gone roughly as you would imagine?

For me personally this is basically how I imagined it to go. MMO development takes a long time and I'm pretty happy with the progress its made.
3
«123»