Idea - about affecting the environment 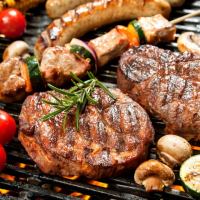 Barbecue Member
April 6 in General Discussion
Hello everyone !
I have an idea I want to share with you all.

We all know that when a player dies, they become ashes.
What if - a player dies in the vast open world and after some time:

- a plant grows up from the spot the player died and swallows the player's ashes and it becomes stronger (maybe it can summon a few weak mobs around as well);

- a monster eats the ashes and becomes stronger;

- an elite monster (that roams the world) eats the ashes and becomes stronger.

All this will have an impact on the environment. This way, the players side will be penalised, since it's a war between players vs monsters (PvE wise). The monsters side will get an edge when a player dies.
This won't apply to events like sieges, caravans and such.

What do you all think ?