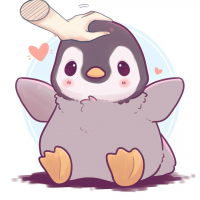 Penguinos Member
April 6 in General Discussion
As the title suggests, a system of certain items that require multiple people to create. An example would be mochi, with an associated correctly timed button press for the hammer user and the flipper.

I saw this on Reddit and I'm split on whether this is a good idea or not. Any thoughts?
0