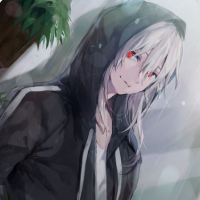 Lloyd Member, Alpha One, Adventurer
May 2 in General Discussion
My guildmate from Gray Sentinels and I were having a discussion on combat system as a reply to a reddit post Steven had replied on. Was wondering what the general community wants from Ashes of Creation combat?

Here is our conversation:
"ESO combat is atrocious to me. It's slow, they made auto attacks basically a DoT but you have to click for each tick for miniscule amounts of damage and all the combat really revolves around is keeping buffs up and stacking every aoe field in one location like volley and caltrops and whatever class buff or aoe you have.
Some classes like templar only push one button throughout the entire game with aedric jabs even. It's horrible.

If they wanted to make the combat interesting they should have made light attacks cost a ton of stamina but also hit 500% more. Then you give the players a choice between waiting for a skill cd to pop or mauling someone in the face but having to wait a little to use the next skill because you need to recuperate some stamina first. Right now you're piddling away at an enemy because you have nothing better to do. Or have to weave that crap in your rotation because the devs felt they needed to add an auto attack system in a game that didn't need one.

Similarly, WoW combat also bores me right now because it's just rubbing your spreadsheet against another spreadsheet and the bigger number wins.
If raid fights or pvp didn't shit out mechanics at you like advertisements in a superbowl you could automate the entire combat system there
(of course I understand that different people like different things wink )"

"Okay, I agree with those niche points. Like, I would like ESO combat but have like a global cooldown for auto attacks. So move, hit, move, hit. Feels good. The DoTs and whoever can supply the most AoE feels bad.

Something like auto, ability, auto, or auto, move, auto feels good to me.

WoW is exactly that. Who has best gear?"

"
FFXIV feels a lot like WoW but slowed down. (depending on class of course)
I never had a moment where I felt like YEAH that was amazing, look at me.
Plus the almost total lack of channeled abilities you can cast while moving. Everything interrupted me there as a caster"

"I like FFXIV combat, if it was user input for autos and a bit faster."

"GW2 while the game has many things I gripe about at least has the basic movement (overworld, mounts, jumping, the feeling) right and the combat feels so fluid.
There's never a point where I feel annoyed at the combat there with the dodging, the movement, the condition cleansing, skill shots, targeted, automatic auto attacks when you are in range, meaningful combat decisions that don't revolve around having to smash lmb between every skill press.

The most annoying parts about GW2's combat are the stacking of players in one area so the boss doesn't move in old content and you can burst them down. Luckily they designed encounters around that mentality so players can't or shouldn't do that anymore.
The other gripe was CC'ing a boss during vanilla so you could burst them down. But they reworked the entire system to instead offer bonus damage if you achieve mechanical perfection WHICH IS SO MUCH BETTER"

"Yeah, one thing I think about is league of legends combat. And that might be weird to say for an MOBA combat to influence an MMO combat system, but it takes skill and the reactiveness is really important considering the best part about league is completely outplaying your opponents in a team fight."

"Yeah, I also love games where you can physically block by holding a button.
It feels amazing when you perfectly counter reactively
Games that just give you a 2 second buff or w/e that gives you "block" are boring frowning
That's why BDO combat is so good too, grabbing + blocking + dashing + cc...
Reactive combat is where it's at"

TL;DR:
We want combat that is:
- reactive
- meaningful
- allows for movement when it makes sense, and lock down when it makes sense. I.e. prismatic beam should be strong, but your character can't move, but for a ranger to use an auto, then a dash/quick arrow ability, then auto, feels good.
- interactive: meaning user input or at least being able to play around auto spacing like gw2. Blocks are meaningful and reactive feels interactive.
- outplay potential. Stat checking is not fun.
9
«12345678»