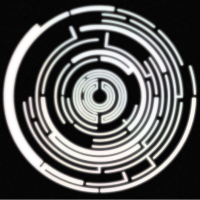 Varez Member, Alpha One, Adventurer
May 4 edited May 4 in General Discussion
Hey

I love the idea that distance and travel time will have a huge impact on Ashes of Creation gameplay, both PvP and PvE. Mayors of metropolis nodes and Kings and Queens of Guild castles with their tier 3 flying mounts will obviously have an advantage regarding that, as it should be!
My suggestion on that topic is to give some (or maybe all) T3 mounts an ability to let T2 mounts in close proximity also take flight, just for a short time.
I think that would not only be a 'cool' mechanic, that could let mere mortals experience (almost) true flight, but it could also be an important tool for leaders, e.g. when a node caravan is being attacked by a hostile group a Mayor could ask his citizens for help and whoever is able to help and available in his close proximity could group with him and go to the rescue of the caravan.

It would certainly had to be balanced with:
- a long cooldown (1h? 4h? 24h?),
- a short duration (e.g. up to 5 min),
- limit T2 mounts availble for the buff to Mayor node citizens / King or Queen guild members,
- T2 mount will have to stay within close proximity of the T3 mount to keep the buff (maybe make it a 20-seconds buff that is refreshing itself when a T3 mount is close),
- maybe disable it for Castle Sieges (?)
- and probably other restraints that I didn't think of.

What are your thoughts? Do you like the idea?
Are there any other limits that come to mind that I didn't list?
0