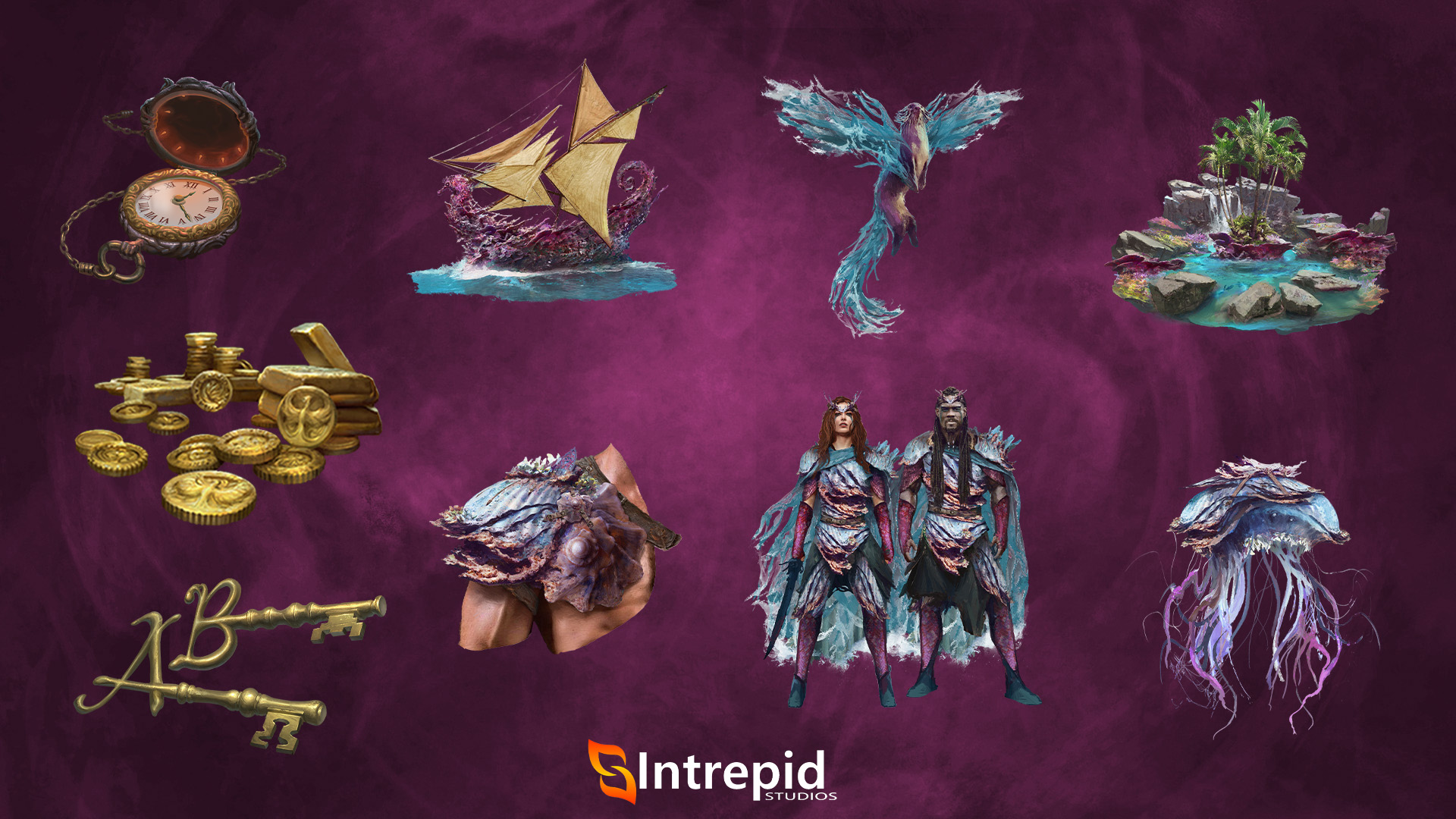 The magic that flows within the land has seeped through and permeated both the sunny shallows and darkest depths of the sea. For ages, an entire ecosystem of danger and opportunity has lain untapped beneath the waves. The power of the ocean lies ready to be taken by those who can successfully master its potential.

For more information, check out our news post: https://ashesofcreation.com/news/2021-05-04-brine-and-bounties