Character Creation Tips for an MMO 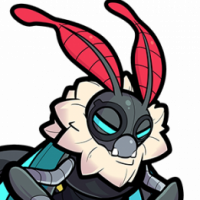 JustVine Member, Alpha One, Adventurer
May 2021 edited May 2021 in Role-Playing Tavern
Please visit Morashtak’s RP Guide if you are a roleplay beginner or just haven’t brushed up on the basics recently. Morashtak's post goes over a lot of the etiquette (which is super important! Please read their post and the external link!) but is less focused on 'the self'. As someone who wants to own a tavern and host a suitable environment for many people's RP moments, it's in my best interest to contribute my barkeeps' 2 copper on tips for making and maintaining a good RP character.

The first thing to understand about creating a successful character that you can play in a versatile set of situations is what drives your character. ‘Why does my character do what they do?’ This may sound simple at first for beginners, a thief likes to steal things, a tank likes to protect things, etc. But these are more like a large block of marble waiting to be refined and chiseled. Your class, race, religion, and home town give you basic starting points like this, the surface of your block.

A less obvious ‘surface trait’ for your metaphorical block of marble to consider is ‘what in this game do I actually enjoy doing and with how many people and how does that interact with my other character traits?’ If you like party combat, your character needs to consider how they react in social situations more. If you play a class better suited to group combat like cleric or bard but prefer solo content much more, you have even more considerations to work with. If you really like crafting, that’s yet an entire other facet to interact with all of the above. It’s one of those ‘meta’ properties of your block of marble that can make or break an RP experience.

For example: if you started playing a tank/cleric with the broad concept of ‘protecting the weak’, but you also liked doing more solo content, you could go deeper and ask yourself ‘why do I protect the weak alone? Does my character have a reason for not liking being around others? Do they have a hero complex? Did someone hurt them in their past?’ Various iterations can help shape your own external opinion of the character.

When you make ‘event’s’ like this, it does a lot of important things at once. It makes the memories clearer to your mind to reference to both emotionally and as a sort of pseudo-logic in any given situation. For example now this player can ‘feel at home in a church’ and might be drawn towards doing quests for them in a town they like. Or they might feel particular empathy towards refugees and want to help war torn areas. These little things give you a lens for immersion that is much more refined. More importantly these ‘memories’ can give you starting points in game to get back into your immersion if you get knocked out of it for some reason. You don’t have to think as hard or as constantly because these points give you a certain set of logic or emotion for experiencing the world around you.

Another important property of these ‘core memories’ is that they are just that, memories. Your character can evolve over time, but they are still ‘immutable’ parts of your characters past. But just like a regular irl person, those memories can change in meaning and interpretation over time. As you play the game more you may gain new or more important ‘core’ memories. It’s a living process.

For example our tank/cleric character may have been betrayed by the church in their later adventures and are now even more jaded. Or perhaps more interestingly, they were betrayed, but gained a trusted party of adventuring fellows that protected their faith in humanity, making them loyal to their friends  and happy to help them now, where as before that major event they were more aloof and stand offish. Characters just like people are constantly evolving.

Make sure your character’s logic is internally consistent with the events. For example if you felt badly for the refugee camp originally, don’t go changing that you actually hated them. When making a change to a core memory in a group setting you should never 180 the meaning of the memory without a ‘new’ core memory to explain the ‘change of heart’. Gradual shifts make better roleplay.

If you really desperately want to change a core memory early on in your roleplay because some part of it is making you uncomfortable or not having fun, try shifting it in a way that enhances your character’s depth instead.  For example, ‘you felt bad for the refugees, but because your instinct was to help them, you ended up getting mistreated a lot by the village people, or your church mentor’s attention got split and you had to fend for yourself more. This results in a much more complex core memory that really fleshes out the characters personality and gives them both a potential flaw and a potential path towards growth as a person. Things this complex are better off written down, and possibly as a separate ‘core memory’ along with the original.

Having a few notes about how your character feels about each core memory can be helpful for keeping track of how your feelings on the matter change over time. However, try to keep it short or you won’t like rereading them.

But to once again reiterate, be consistent when playing with others as much as you can manage. It can take practice, but working out what you want the character to be like and how to behave ahead of time can relieve a lot of the stress that comes with playing with people in a bunch of brand new situations.

To that end, one of the key things for maintaining a character over a long period of time when playing with others is to ask yourself “What do I want others to remember about my character?” This is your ‘social goal’ that helps guide your decisions as an extra layer on top of your ‘core memories’.

For example a weak goal is ‘people like you and want to be around you’. This  doesn’t have any real character definition nor does it really give you an anchor point to guide your social interactions. A stronger one in our example tank/cleric’s situation on the other hand would be something like ‘I want to be remembered as someone who is charitable and fights ‘honorably’ against weaker people or creatures.’ More boiled down this could be considered ‘thinking that weaker people/creatures should be treated with dignity’.

This is a good social goal for two reasons. 1. it doesn't enforce an interpretation of you on others. ‘people liking you or not and wanting to be around you’ is binary. ‘Thinking that weaker people/creatures should be treated with dignity’ on the other hand can sound condescending to some people, respectful to others, or even down right weird to yet others still.  2. It’s an anchor point. You can size up a conflict between your self/party and other people by whether or not you consider them weak and boil your social/roleplay part of the situation down to those terms when you can’t think of something else to add or say.

Even this ‘strong’ social goal can be refined even further.  Do you feel like going all out against the weak is a show of respect and dignity. Are you more vicious towards the strong? Do you use crowd control more or less as a result of this trait against the weak? The more defined this ‘social goal’ is the more your able to answer to someone ‘why’ you feel a certain way or have an opinion in character about a course of action.

When considering how your character feels about other player's characters, would you want them to react to your social goals (in our example the 'dignity to the weak') over your 'surface' character traits (stereotypes about your race, class religion, etc)? What do you bring to the table if you focus only on surface traits of your RP partners? As you get more familiar with a roleplay group, focusing more on your and your party members social goals can help lead to more complex roleplay that makes good memories. If you stick with the 'surface traits' for long enough, it can feel superficial and tired over time. Focusing on more in depth traits of other characters is a great place for even long time RPers to improve their game.