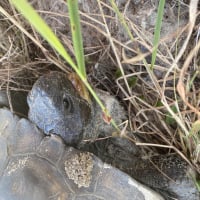 Acarith Member
June 9 in General Discussion
After hearing about the balance dilemma in regards to alternating leadership of military nodes away from the stronger classes, I came up with an idea. Rather than have players grind hours investing into a champion with very limited use, I suggest to have players fight rounds with their opponents character/loadout.

In any mmo leaders and pvper’s need to be able to recognize the abilities and playstyles of their allies and opponents. Sometimes new players will ask for help, and I’ve found in other mmos that it helps to have played their character. This form of competition ensures that military nodes are ruled by the best adaptable and knowledgeable players in combat. Promoting that they have the background to form a strategized raid composition, based on their knowledge of competition.

In a 1v1 tournament, players aim to win two rounds in a row. There’s a phase at the beginning of the second round to become familiar with your opponent's character. Players must use their opponents slotted abilities, but have time to reposition them. If reached, the 5th round is a tiebreaker round, and the character with the most wins is used by both players.

In a battle royale players spawn with a random opponent's character. Every two assists, or after a kill they swap to a surviving character load out. The final 3 contestants switch back to their characters loadout. This ensures that the strongest and most talented players become mayor. A bad draw may force well built players to overcome unforeseen circumstances. If their class is over performing they could die early and be eliminated if they don’t play well. Maybe someone will sort out a vendetta early on. Or we’ll watch the whole town stage a coup.

This idea can also work with pre-made builds.
A guy who came from ESO. Check out my first discussion here titled Preparing for the masses, the crashes, and the Anti-cheat system..
0