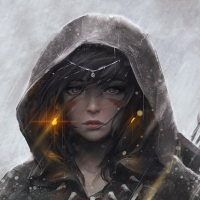 Hirschegar Member
June 2021 in General Discussion
Shortly, I've found a solution for players who have nothing else to do other than playing on EU/NA servers without having to pay the original price.

The main problem people have mentioned in the previous discussion was about how will we avoid players from pretending that they're from Egypt or any other MENA country, I've mentioned a few ways to increase the constraints for players to do so but still it will happen so you have a valid point.


What about having $30-40 cash that must be paid in order to claim the game for Egyptian players, after that they will have to pay $2.5 monthly.

By this way, people shouldn't be worried from botters/hackers/gold sellers on EU/NA servers. The Majority won't tend to trick the system because besides the constraints(Egyptian phone no., local credit card, VPN) they'll have to pay double the price (or even more) just to claim the game firstly. Who's going to risk his cash and paying more just to save few pounds on the long term? even if this happened, the consequences of getting caught tricking the system would get you banned!

Not just paying the double and have to pass these constraints every single day/month, you'll always be threatened that you may lose all your progress at anytime and starting all over again! This isn't a FPS game where starting over won't matter that much. Even for gold sellers who will try to use bot, they will have to pay more than the original price firstly and if they get caught then they will have to pay again more than the original price which would make no sense for gold sellers to do so.

Saving up for paying $30-40 one shot is the best way for us as it is impossible to pay $15/month and about the harmonized regions, MENA players are excluded we don't have our servers (like in any other popular online games it's better for them to rely on that we're near to Europe so we can play on EU servers without lagging 18-25ms).
I've covered all these points in details previously so if you haven't read the previous discussion kindly check it out.