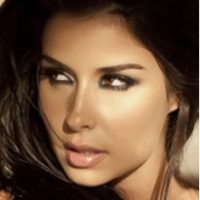 Menda Goodbody Member, Braver of Worlds, Alpha One
July 21 edited July 21 in General Discussion
IMHO, you have way too many buttons for stuff. Mounts come to mind the most. You want to limit the mount sprint, fine, but don't have it a special button to sprint. It's way too clunky.

Guys, in general, please don't fix what is not broke. We only have so many easy access buttons in the game. Don't over complicate our controls.

As a side note, why is mount and dismount two seperate buttons. Come on, really?