Should Secondary Archetypes be More Permanent? 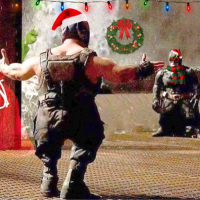 McShave Member
October 5 in General Discussion
We know that you can change secondary archetype and that Intrepid are trying to design it so that you can't change often. What do you guys think about the permanency of picking a secondary class? Do you think class identity or primary archetype identity will be more important?

I was thinking of this when pondering Looking for Guild advertisements. Would you advertise yourself as a particular class or a particular primary archetype, since you can change your secondary but you cannot change your primary?
0
«12»