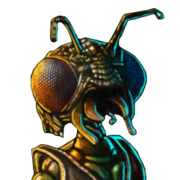 I'd like to let you know about my recent experience with the game New World.

We joined a server with my guild and we are sharing it with Onslaught.

To give you some background, Onslaught is an hardcore WoW guild, they seem to be performance oriented, but they also play "dirty".

A quick google search with the words "Onslaught griefing" or "Onslaught exploits" / "Onslaught glitches" will yield plenty of results.

Right now in New World on the Chico server, Onslaught has rushed to the level cap and conquered almost all the map.

Many of their members recently got a 2 day ban for exploiting gameplay mechanics.

They set the tax level very high in every cities they conquered and also purposedly downgraded crafting stations to create demand for some raw materials.

Some of what they did is fair game, and good strategy, but some of it isn't. But even if everything that they did was "fair game", I am not sure I want to play with them.

I believe that the level of performance that Onslaught achieves cannot exist unless you are willing to spend a lot of time playing the game. I do not believe playing this much of anything can be done without impacting your personal life ( family, work, etc... ).

Therefor it follows that the members of Onslaught are probably unbalanced and from what I've seen in the Global chat in New World, they are also quite toxic.

I am leaving that here because I hope that the Ashes of Creation leadership can implement some kind of "matchmaking" in the server selection process.

Perhaps a player or guild survey that shows you what type of player is on that server ( pro-hardcore (eg: onslaught), hardcore, casual, etc... ), how much time they expect to play, which days / hour ranges, which guild is on the server, how many players they have, average player age, player language, etc...

The Star Wars Old Republic MMO had something like that ( guild choose their servers prior to the game launch ), and the launch was really smooth / fun for me.

Don't get me wrong, I'm still having fun in New World and the Onslaught challenge isn't the end of the world. But many people are considering changing server and some smaller guild just can't do anything the way things are right now.

We're all looking forward for Onslaught to go back to griefing WoW players instead. If we had known in advance they were on that server we'd have picked another one.
0