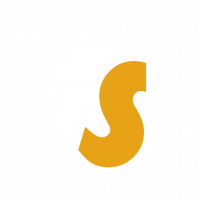 Schmuky Member
November 20 in General Discussion
Hello! I want to debate a bit the comment made by Steven (i think), that max level would be reached after 45 days of playing 4-6 hours a day.

That seems like a lot, but lets be honest, we gamers aren't .... "sane" people. When a new game comes out, people take time off from work, prepare to do marathons, do massive 18h stretches.

I think realistically we can look at the first max level to be reached in about 14 days. Or maybe sooner, tbh.

Is this a problem? I say yes and I'll explain.

Depending on how important leveling up is, especially if it is mandatory to be a certain level to do in-game events ( looking at you NW!!), people will rush the levels. How is that going to affect the overall balance? There will be guilds that will no-life the game and then other guild will feel that they need to do it as well to remain competitive. In a way forcing their pace of the game to everyone else.

Second problem would be those that play like madmen, get to max level, complain there isnt shit to do and leave. While its easy to say "just don't do that", those are players that would be amazing to have in the community long term, as they (usually) understand the game well and like the game, just want more of it.

I get that I sound a bit weird, I find it hard to explain the feeling i had when playing NW for example, where as soon as a guild member of mine got to 60 in the first week, it became a proper rush for everyone to get there. I really feel that the early rush to max is bad for a game.

I think max level should not be achievable in the first 30 days. At all.

I am talking about a xp nerf for the first 30 days.

And just to be clear, I am talking about something serious, maybe 50% less xp.

It sounds bad, i know. I am talking about making the grind longer. But I want you all to keep an open mind for a bit, as I feel this could benefit all players.

Having an xp nerf at the start of a game will do the following:

-give the devs time to address the server issues and game bugs that will be there at the start. As much polish as you can put on a game, there will be bugs, exploits etc. Having to deal with them piecemeal, first week see what is broken level 1-15, next week, 15-20 and so on, will make the workload easier and patches more frequent , compared to having to deal with all bugs from all levels and all quests at the same time.

-Give the devs extra time to prepare for the endgame loop. MMOs need regular content and for months before the launch and probably months after it, all focus would be on the launch, leaving new content kinda in limbo, This breather, knowing that its going to take a month to reach max cannot be bad for them. Less stress for them means a better game

-give players time to explore the mechanics and familiarize themselves with how everything works. This one is really important. How often have you completely missed a mechanic in a game because you were in a rush. Because you know that there is no way to reach max at the start and it will be easier in a few weeks, you will take it slower, put more time in professions (rather than have them feel like they are eating into your leveling time), get to know the people on your server, find a guild, set goals, make decisions calmly rather than rushed.

By the time you get to 25, 2 weeks into the game, you would have a way better grasp on how your class is played, what secondary archetype you want, maybe even decide to swap, because the punishment for doing so is way smaller. Deciding to be a tank at lvl 1 and rushing without thinking "am i really enjoying tank?" and getting to max level and realizing the answer is "no" can be heartbreaking, the realization you need to do it all over again might just make people quit. Realizing at 20 that the answer is "no", sure might mean the same amount of time played (!), but swapping then means you still have 30 levels to experience with your desired class. Time-wise, its the same. Content-wise, not the same. Redoing content just bc you swapped sucks!

So, how would this be implemented without making the game a grindfest of absolute epic proportions?

My current idea would be making a bunch of side-quests part of the main one for the duration. This would need proper, interesting and unique side-missions to keep players hooked. Not "collect 500 wood"!

But done right, having the first month be slower pace, keeping the progression slow and give everyone, players and devs, time to acclimate to the live game would, in my opinion have a positive effect on the overall experience.

One other point would be "why would players want to start playing at the start rather than wait for the nerf to be lifted?"

The answer is quite simple and ill give an example.

Player B at this point has: more gold, more gear, a better understand of the world and of their class and more experience in the game. This is a big advantage.

This is about it right now, its a weird idea, i know. However, I think my logic is pretty sound. What do you all think?