Will AoC incorporate any blockchain technologies? 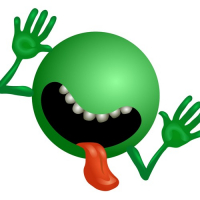 Taylors Expansion Member
January 11 in General Discussion
I've seen a few threads around this topic, but were specific to play-to-win, and cryptocurrencies. Blockchain can be leveraged without either, so I am just curious to find out if the devs are going to incorporate the technology at all.

I've immersed myself in blockchain for the past year, and especially on the gaming side, it is exploding....but mostly with crap. Notable exception is Gala (gala.games). I tend to live at the cutting edge of gaming (for the last 40 years), and while AoC has some new wrinkles on the MMORPG trope, it's not groundbreaking. Doesn't mean it won't be fun, which is the core attribute all games should have.

For me personally, now that I understand where our hobby is heading, it is REALLY hard to invest time and effort in a game where no matter what I accomplish in the game world, no matter how much wealth I obtain, or unique items I own, those assets will NEVER leave that world. And you can't glue blockchain on after the fact.

This is why I am asking the question of whether it will be included as part of its core.