Wiki Master , Idea to encourage the exploration of AoC. 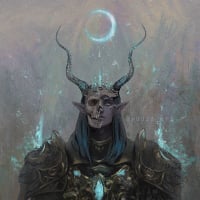 MybroViajero Member
May 11 edited May 11 in General Discussion
what would happen if from the AoC world players could update the wiki in the AoC libraries ? https://ashesofcreation.wiki/Ashes_of_Creation
It would be like a weekly or monthly mission with interesting prizes for supporting the wiki update (in a correct way).
The players with the most reliable support would earn intellectual titles to ensure the proper functioning of that system.

Developers/moderators will have the power to edit, choose and analyze the exploration feedbacks in the library and choose the best ones.

People who like to explore could write the chronicles of their travels in the library to complete exploration missions and in the same way complete the layout of the AoC world on their server, they could help a mini-wiki of their own world and although the AoC worlds will be different I suppose they will have similarities in some things and that's where they could support the wiki.

Exploration tends to be a lonely thing, but if positively encouraged, it would be a fun potential profession.
Master mappers, exploration masters, wiki masters, etc all could be encouraged by simply giving a contribution to exploration, travel, and discovery.