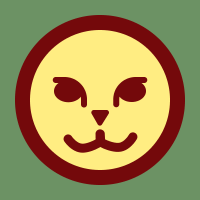 Azherae Member, Alpha One, Adventurer
June 18 in General Discussion
From another topic, I found myself wondering something.

I don't play a lot of MMOs, I have some I love, and others I swiftly ignore. But I keep coming across people for whom PvE seems to mean a relatively scripted encounter where you ONLY have to respond in unison at the right timing and maybe handle adds.

So I'm collecting data again. I may ask a lot of clarifying questions, so please bear with me, even if I come off as diminishing your experience, I only 'mean to' in the sense that I need a scale to work with.

I thought about it and realized that there's no good reason I'm aware of for an owPvP game to make scripted enemies. It doesn't teach you anything about the PvP aspect of the game, it doesn't carry over well to different groups, and it doesn't make the PvE itself more interesting (imo).

I therefore simply didn't expect to see that in Ashes at all (and so far from experiences with bosses in Ashes, I have not seen it, it works more like the games I am used to). I've never had any reason to expect this. If you do, what game caused it? Were most of the elite/top tier encounters like that? Is there anything about it that you explicitly like?
1
«12345»