An idea about resources for equipment!

Hashtarr Member
September 22 in General Discussion
I think it's good that the game has content where there's pve and pvp, but if you keep the game 100% dedicated to open dungeons, the game will be overcrowded in good points to get resources and right away this will make a lot of people discouraged with the game
I believe that in addition to open dungeons you should put a weekly limit on "access" to places where a person can enter a pve dungeon to get resources or get the exact same resources in pvp content. These would be capture the flag, capture and hold points and similar content
I've been playing MMORPG since 2003 and I like the difficulty of getting old equipment, but the difficulty is good, when it's something that just depends on our dedication. Now if you depend on places where it will always be crowded with people with high competition, the game will stop being fun and become stressful
It would be PVP content without combat. And yes, games and stuff like that, here's an example of another game that might inspire you... 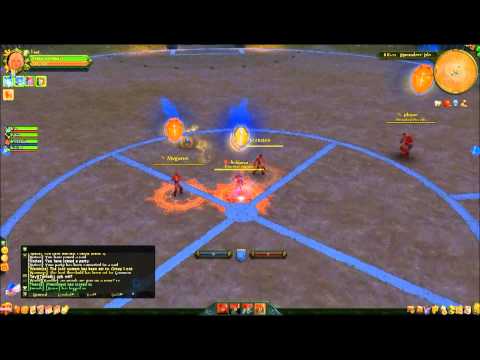