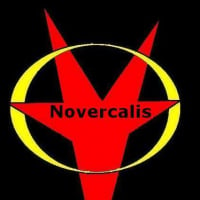 novercalis Member, Founder, Kickstarter
October 7 edited October 7 in General Discussion
Currently, it is our understanding that the AH will exist in the Economic Node. However I'd like to present an argument for why it should belong in the Scientific node.

We all know that in the science node - Fast Travel / Gating is possible between science node cities. Thus I'd like to argue that an AH in this node makes the most sense, since we can link and sell stuff in these inter-connected AH links.

It makes no sense to tie 4 economy nodes in all 4 corners of the world and somehow items are connected / transported.
However it totally makes sense in the science node.

Now, personally not in favor on adding too much AH in the game BUT somewhat compromise or idea is - the economy AH is different from the science node.

It can do everything the science node can but interconnect Economy nodes AH together.
However, like the science node - the parent node (AH) can be accessed by it's surrounding nodes under it's wing. The nodes 4,3,2 all will have special AH vendors to get access to that specific AH only. Delivery timer depending on the distance (Maximum 2 hours) . Where science node has NO delivery time in the vassal nodes.

So one is vertical AH within it's node and any nodes connected to the parent node.
the other is horizontal - that connects to another node regardless of distance together through science & magic.

Thus this may encourage players looking to caravan their stuff to science nodes.
Now there is a risk/reward in creating a economy or science node in strategic places.
Perhaps ideally - the "meta" for a lack of better term is - Economy node is where many people go to take their stuff before setting out on the larger delivery scale to a science node.

All nodes to Economy Node (due to larger safe zones and spawn distance - see below) then deliver to science node??

So if we move connected AH from economy to science node; what should economy node get?

1) Increase both the safe zone and spawn distance of the caravan system. Guards knows these nodes are powerful and a major hub for traders and have increased their patrol.
2) NPC buy/sell favorable to PC
3) If player stalls are a thing - it is not needed in economy node - since smaller nodes under it's parent node with an AH will have mini AH sellers in each town.
4) NPC loot drop increase slightly
5) Gathering / Crafting speed boost slightly (2/4/6/8/10% or whatever # is appropriate)
6) INCENTIVES Caravan delivery. Both Incoming and Outgoing. (Trade Pacts bonus????)
{UPK} United Player Killer - All your loot belongs to us.
0