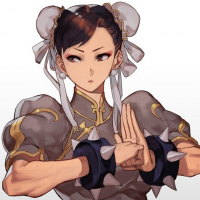 Azherae Member, Alpha One, Adventurer
November 19 edited November 19 in General Discussion
A convergence of multiple factors in understanding of Ashes inspiration (thank you @JamesSunderland, for the answer in the topic that I am 'splintering' this from) has made me wonder if this is enough for players to feel like they are playing a proper MMO.

Steven has said that they will probably have about 30-45 possible skills in total, and at least two Hotbars. I will assume that in a game of ArcheAge's speed, you needed to be able to hit any of these quite quickly with mechanical skill, whereas L2 might be less like this.

Action or Action-y MMOs can feel like they have less of these skills due to many of them being tied to things that are only needed in Action-y games, but in many ways, they do not. Slower Tab Targety games can have lots more, but you often don't use them all, and Steven has also said that they want to avoid that ability bloat of 'stuff you just level out of using and never touch again but is still in your ability list'.

Then there's things like the control schema that limits things. The 12-20-button MMO mouse + Keyboard setup works fine for some, and for others its cumbersome, controllers work equivalently for those used to them, and are equally if not more cumbersome to others.

But in both cases, keybind overlap limits the mechanically less skilled, so I can see why they would go lower on this.

Unfortunately the CURRENT direction seems to imply that Ashes is fast. And has two hotbars. And it's made me wonder if, when people complain or criticize the concept of an MMO that is also built to work on console, for example, which is also likely to have such limitations unless it's slower...

Which aspect of it are they complaining about? I can only perceive the difference between console and PC MMOs to be 'console is supposed to be played on Controller', but I feel like I'm missing something maybe, because once a game adds a reticle (or just uses FFXI's 'target entity closest to center of screen if untargeted' default) I no longer know what the difference is, due to my own bias in experiences, given below:

Note that this isn't really a question about Controllers, vs Multi-button mouse, vs whatever else, so I'll try to dial it down:

I can see how Lineage doesn't work because Click-to-Move. What I'm missing is the information on what makes things like Neverwinter, ESO, etc, lower in complexity than Ashes is intended to be, or if it is the opposite and people are really concerned that Ashes will not live up to a standard of play they are used to because it has this lower number of active abilities.

And as usual, 'bonus' poke for Intrepid, y'all got Neverwinter combat people, right? Can I get the usual schema if we're only getting the 'standard' ability amounts? Much love.

EDIT: To clarify, when I say 'Neverwinter goes further than that' I mean on trimming down and simplifying relative to BDO or Ashes, not that they utilize more/better keybinds, if anything they're on the 'oversimplified' part of the spectrum.
0
«12»