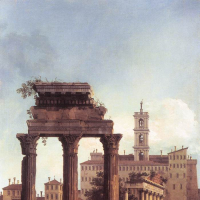 With new website a lot of members lost old referrals with won comissions.

Thank you for your outstanding patience, we apologize for any inconvenience this has caused! Please be aware that we recently began migrating our database to the new website. In order to view all your old referrals at this time each individual referral account needs to login to our new website. This will trigger their account information to transfer over which will resolve your missing referral issue. As this is not ideal, we will be looking into migration methods that don't require a login in the near future to force migrate inactive accounts. I hope this information helps! We truly appreciate your continued patience and understanding in the meantime.


I understand that Intrepid does not want to have inactive accounts, but some of these accounts have paid packages and these packages have references and commissions promised by Intrepid.

Now, with the new website, any member can not see the actual commissions earned by the references with their work by transmitting and winning more fans, members and players.

This is a promise from Steven. Where is this?

Sorry for my english.