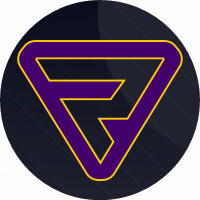 Hello glorious Ashes of Creation roleplaying community! I'd like to let you all know about an RP community that is what a community is supposed to be, not one guild with branches, but a network of different guilds and roleplayers!

At its core, The Chronicles [CHRP] is a community. A community for roleplayers and roleplaying guilds alike, a home where roleplayers can stop and figure out what game they want to roleplay in and what guild they want to roleplay with. All experienced roleplayers know the frustration of finding an RP guild in a game they like and invest time in building their backstory and progression for their characters only to get so many obstacles thrown in their way that they’re left with only one choice: to leave their guild and start over. It can be due to drama, lack of experience of the officers in their guild, lack of content or player activity, we’ve all been through this and we’ve all be frustrated by this apparent void in the gaming community for roleplayers.

The Chronicles is here to propose a solution to that problem. We are a community of multiples RP independent guilds across different games and we seek to build a social network for roleplayers, a network where they can find guilds that have been vetted based on high standards (quality of RP, good management, consistent roleplay events, etc.) to give an opportunity for the roleplayers to find a home, or multiple homes, to RP in and not waste their time “guild-jumping” in the search of a good community.

This gives an opportunity for lots of different kinds of RP and give a variety of games to avoid burning out on a single one. Some of the current games and guilds you are welcome to join within The Chronicles include:

- More to be announced in the future.

Or if you want to check things out and just hang out with us without wanting to join a guild, join us as an Independent Roleplayer for that community feel!

In the community, we try to keep a high standard of RP as all guilds work together to give anyone within the community great RP chances!

When there is no RP to be had, our members also play other games together such as Overwatch, League of Legends, APEX Legends, Deceit, Damned, No Man's Sky, and more to give another fun side of gaming to the community.

There are already many great roleplayers in this community and we'd love to see you there too! So if you want to learn more about The Chronicles, feel free to reach out on Discord to Pacha#0001 and Korupcia#0070, who are both board members of CHRP and if you have any specific guild questions, we can direct you to the leadership of that guild! Also feel free to join the website and peek at our calendar to get a good idea of this community!

See you there, glorious roleplayers!