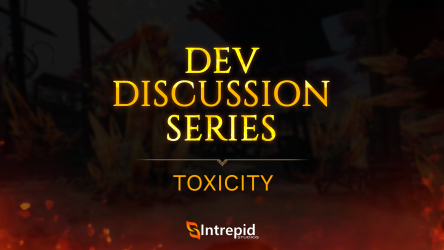 
Dev Discussion #7 - Toxicity
What are some things other games do to manage toxicity that you think work well? What would you like to see in Ashes of Creation?

Keep an eye out for our next Dev Discussion topic regarding MMO "stickiness"!