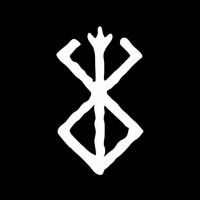 First of all: I am totally okay with cosmetics being in the ingame store for real money. We got a reasonable monthly fee and no box cost for that. Fine with me.

But I worry about the cash shop cosmetics being better that the cosmetics to be earned ingame.

Yes, yes I know that Steven said there will be similar cosmetics to the real money ones with a different color coloration or smth like that. The problem is one will be better that the other one. If you create similar cosmetics with just small differences one will be more desirable and the question is which one of them will it be.
The path of least resistance for money or the hard rocky way ingame with the journey of achieving the better one during a amazing battle or storyline to remember? Similarity kills the game value because the most people will choose the path of least resistance and the people with the ingame effort will have no reason to pursuit the similar, slightly different one. Why invest the time if I can just flip my credit card and get a almost identical cosmetic and look as awesome as the people who actually played the game to look the same?
In my humble opinion this is not much better as real money cosmetics better looking than the earned cosmetics. The result will be the same.

To prevent this from happening the cosmetics earned by playing the game without the cash shop have to be better looking, than the real money ones.
Again: don't get me wrong. I have no problem with ppl. buying amazing looking sets of armor and showing them of, enjoy the appearance during the game and simply be happy with it. But I have a problem with buying the absolute best looking cosmetic appearance with real money and devaluing the time invested in the character progression.

For example the cash shop cosmetic skin for a fighter has shoulder plate armor with barbaric, fierce looking spikes on it. Looks awesome, you can show off and new players will get a sense of fear when you charge at them and kind of impaling them with your shoulders. No problem with that.
But when you want to have a shoulder plate armor in the shape of a terrifying skull with barbaric, fierce looking spikes on it, you have to earn character progression ingame and feel the accomplishment of investing time in your character.

I hope my concerns and the example are understandable and this fear of mine will be proven unnecessary over time....

PS: I apologise for mistakes, English is not my first language.
3