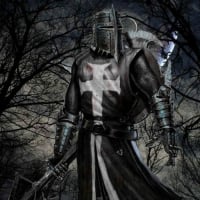 Necromancer king Member
March 2021 in Role-Playing Tavern
I am very curious of how they will make there necromancer because every game (or mmo's) that takes on there own version of necromancers so that will also affect on some of the roleplaying. I am curious what your thoughts on the necromancer will be.
0