ArchivedUser Guest
March 2018 edited March 2018 in Ashes of Creation Lore
We may not know much about the lore so far, but I gotta say: I really like what AoC is doing with the dwarves, particularly the Dunir.

I'm very picky with my dwarves. Depending on the game-world, they can either be my favorite race, or my least favorite. In general, I prefer the "master crafters and brilliant engineers" type to the "drunken scotsmen" type.

Too often, dwarves are utilized as one-dimensional comic relief, and not enough thought is put into where they excel.

Personally, I think dwarves should be defined by their love of exploration, their stubborn, militant nature, and most importantly: by what they build.

I love the idea of a race that builds things so perfectly, to such mathematical and physical perfection that they become supernatural in some way. Gemstones that shine with their own light, impossibly strong forts, magic that comes from crafts  instead of spells. These are the sorts of dwarves I love.

From what I've seen so far, AoC is on the right track. Just take a look at this concept art. This is leagues beyond your typical dwarven fortress: I freaking love this. The pillars. The straight, imposing angles. You can immediately tell this wasn't made by some medieval human species. It almost gives off a sci-fi, "future-fantasy" vibe, with the glowing blue gemstones, and the "clean", perfectly cut stone. 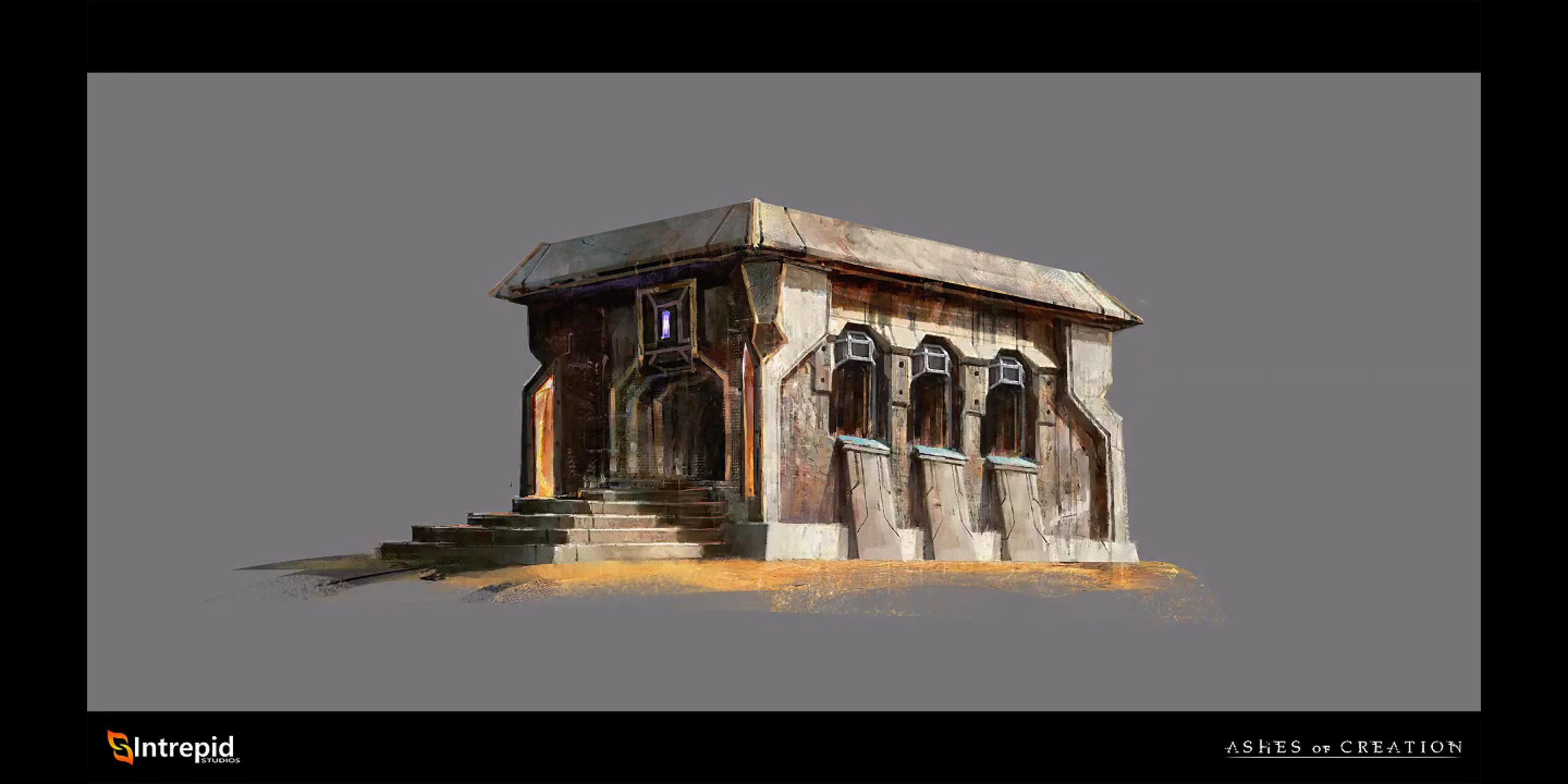 So, it's clear that the folks at AoC know what they're doing. I'm getting a lot of strong themes from this artwork, and I'm dying to learn more about the Dwarves.

But architecture is only one aspect of a well-designed society. I want to know how these people live.

For comparison, Dragon Age has some pretty cool dwarves, and most of this comes down to the game's stellar worldbuilding. Actual attention is paid to how a people living underground would go about their daily lives. They heat their homes with geothermal energy, their beer is made of poisonous fungi. These dwarves are more than short humans, they're an entirely different species. Despite this, they remain personable and relatable.

But my favorite thing about The Dragon Age dwarves is how they use magic. Like AoC, Dragon Age doesn't really have steampunk elements, or anything resembling modern technology. But instead of leaving the dwarves as primitive barbarians, or forcing them to use magic like a weak-willed wizard, Dragon Age did something pretty cool: the dwarves are the only people in the world that can mine raw lyrium (solid magic), and they use it in their crafts. Dwarves in DA don't cast spells, they build them. 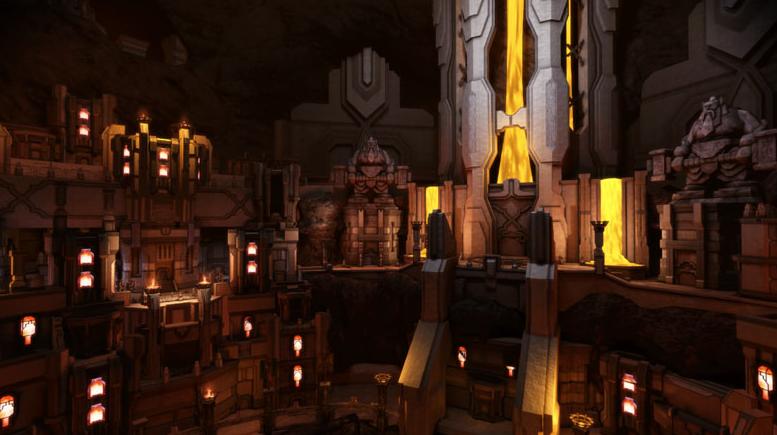 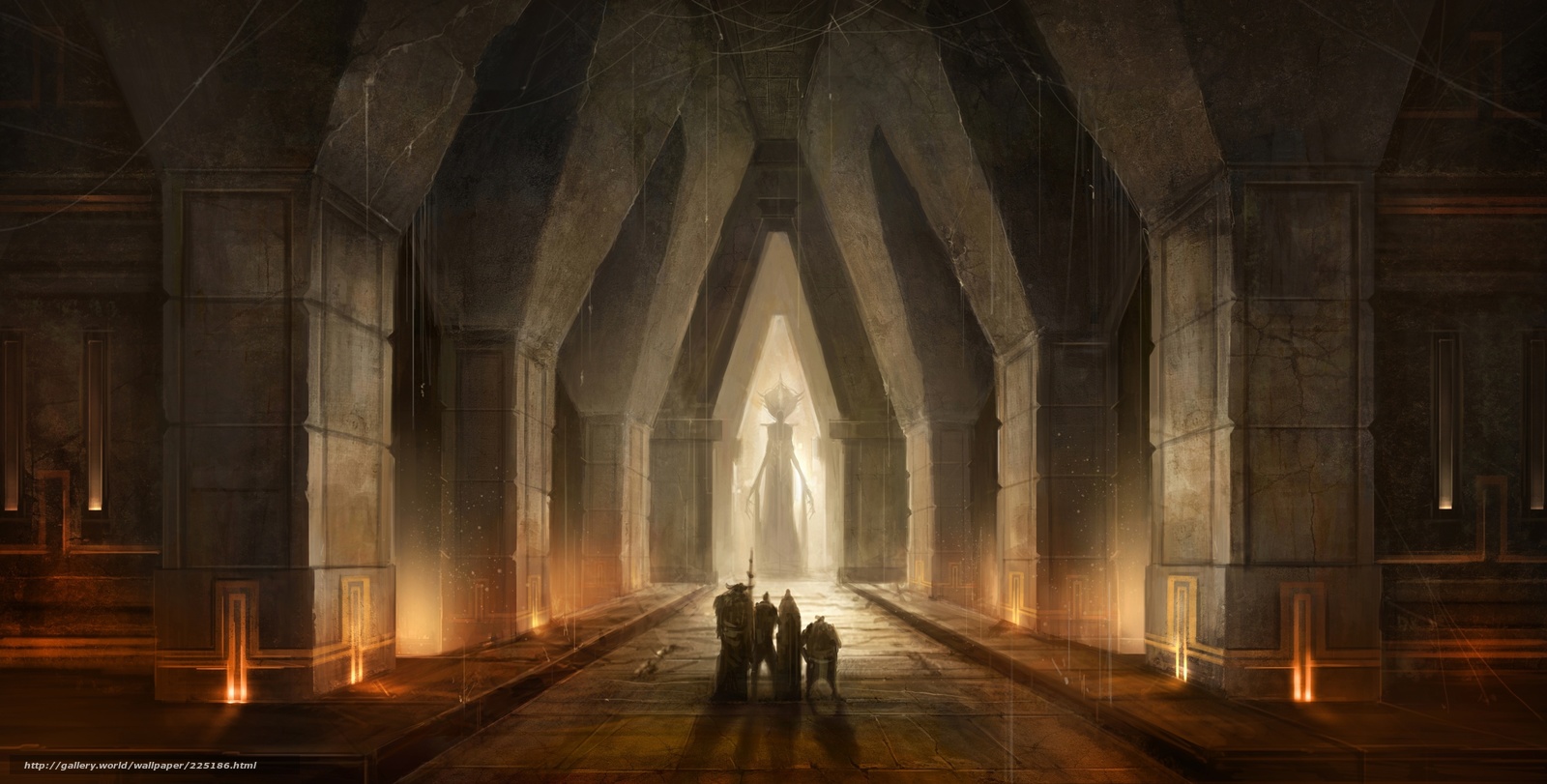 This results in a weird situation where dwarves are using magic in modern ways. They record data within lyrium, sort of like a magical storage device. They're masters of runecraft, "forging" spells onto their weapons, their armor, and their buildings. Their most skilled smiths can create golems, which are essentially magical robots with souls. You always get the sense that while the dwarves are brutish, they're undeniably advanced.

I want to feel that way about AoC's dwarves. Being drunk, stubborn and brutish is fine, but these traits alone don't make an interesting race. It looks like Intrepid gets this, and I'm glad.

Please guys, lean into this stuff. Let the dwarves be cool. Take their tropes to the next level.  Embrace their love of architecture, jewelcrafting, and smithing. I can't wait to play AoC, and based on what I've seen so far, I think I'm going to main a dwarf.

So, what do we know about dwarves? What do you think they'll be like? What do YOU like in your dwarves? Let's discuss!
0