What do you want and not want in Ashes? 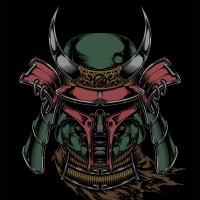 Doomfett Member
October 2019 in General Discussion
Hey guys back with another post to keep community together and hyped.
Simple put in 1 system or really anything that you want in Ashes and same for one you don't want to see!
What I want to see is good class design meaning all classes feel unique and not like others .
What I don't want to see is poor raids. I want them to be hard feel epic and more than a handful of bosses.
Love you guys can't wait to hear what y'all have to say!
0
«12»