Chronicles of Elyria has ceased development. 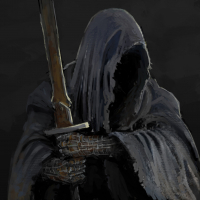 I don't want to turn this into a mean spirited fanboy war. But I would like to bring this to the attention of the Ashes community. Another game with a somewhat similar mentality of Sandbox Fantasy MMO has shut down development. After 4 years of lacklustre communication, obvious inexperience and scope creep, promised pre alpha stuff either absent or released barely functional, and finally the sudden cessation of development. Ashes of Creation is now king of the mountain by default.

I was looking forward to both games. I've had my salt over Ashes. And I still maintain that the BR was a silly idea for testing game mechanics when pre-alphas for specific features like hybrid combat would've been more efficient. But not once have I ever thought Stephen and the team completely incompetent. I always knew they could at least make a game. I never really got that from four years of following CoE. Say what you will about Ashes, they're showing off Alpha 1. They showed off videos of Alpha 0. They at least were capable of making a Battle Royal. I can say at least for now that Ashes is coming out and it's the game I personally want it to be.

CoE never had that. We had concept art that was amazing, some very early looks at character creation, and then... nothing. For two of the four years of development we had nothing but placid discord posts and forum fillibusters about lore, art assets, and what the devs would like to see in game. Without any actual game to play. We all knew something was up when the Settlers of Elyria event happened. We were all supposed to claim land based on what we backed. And the whole system fell apart within a day. Was shut down. And then bought back nearly 6 months later. Only to go back to read only mode. Just before the announcement I just posted. That was supposed to be the start of "Elyria" as a game. The very foundations of the Courtly intrigue and player driven narratives that would make up the game. And Soulbound couldn't even get that right.

Regardless of how you feel about Ashes, they are making a game. And they seem to be doing really well at that. I'm genuinely going to think before I get salty at Ashes again. Because the alternative is CoE's development. And those backers just got left in the cold.
5
«12»