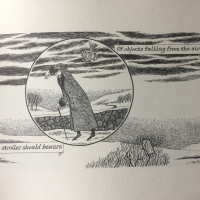 grumple Member
June 12 in General Discussion
Cheers to you all,

this discussion is about what distinguishes AoC from New World (NW) and how to capitalize on the fact that both these promising newcomers to the genre release in a relatively narrow time frame.

Here's my view on it (obviously much in favor of AoC):

First of all, AoC is, as the name suggests, about creation. NW on the other hand is about destruction: the very first text on their main page asks what you will do in "a land hell-bent on your destruction" and the whole trailer is about "Fighting the World".

Second, AoC is created by a team of MMO enthusiasts who started the whole thing in order to make a game they always wished for. NW was instead initiated by a billion dollar company founded by a man selling books because of their good storability properties instead of his love for books - the game's development is therefore likely based on strategic considerations rather than passion.

For these (and other) reasons the two games speak to very different audiences. NW might have more polished graphics, due to higher funding, maybe a great action combat system due to their whole focus on combat. AoC on the other hand has the whole node systems, where only one out of four nodes is combat based, the economics will most likely be more complex and I'd suppose that because of the passion aspect the community will be way more involved and the role playing community will likely be more present.

I'd suggest to deliberately focus on the audience that tend towards AoC, who may even be repulsed by the sheer brutality with which NW boasts, and give players the opportunity to indulge in trading, shop keeping, farming and whatsoever. Of course a good combat system is important and might be a dealbreaker for some, hence it should not be neglected (and it obviously isn't

). But I also think that it will pay off even better to focus on the core systems that differentiate AoC from NW - and these are mainly creation based.

I'm looking forward to your opinions on this!


PS: There's some more reasons I prefer AoC over NW, like NW's guilds being called "companies" as if the games title wouldn't remind you enough of Huxley's Brave New World; but these points are probably off topic here.
1