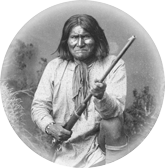 Geronimo Member
October 9 edited October 10 in General Discussion
I noticed quite a few threads and discussions about class naming concerns or piques that people had with various class naming choices (including my own). This seems to have gone on for awhile so I got curious about what the consensus was on this topic. As a prospective citizen of a scientific node, I thought it would be useful to have a poll on this for three reasons:

N.B.: This may or may not sway the devs into altering their hard-wrought creation but hopefully it will give them other perspectives to consider.


Personally, I think that most of the classes and archetypes seem well thought out, but here are a few bones of contention that I have seen around the forums:

The above is an incomplete list and I do not agree that these are all actual problems at all. For instance I happen to know what a "scion" is and I think it is fitting, "argent" however seems to refer to a color instead of a type of person in contrast with all other classes.

Some people do not think there should be any changes, and others have expressed that even proposing this demonstrates the worst sort of insolence towards the hardworking devs. I disagree with that, as a developer myself I imagine they would be open to considering feedback from the future users.

Anyway, I would like to kick off a poll as follows: