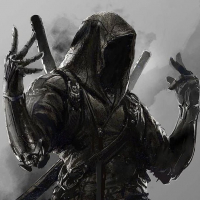 Hakaiju Member
February 22 edited February 22 in General Discussion
A month ago i made this
https://forums.ashesofcreation.com/discussion/48064/racial-benefits/p1
(honestly pretty shitty) post about the racial stats and augments in the game. I realized that most people actually prefer having races that affect the gameplay and are mostly against race changes because of RP reasons (it doesnt make sense to be able to change your appearance). Steven and Jeffrey also said last stream that they lean towards no race changes in the game. Seeing that you can change your secondary archetype and your social organization (which both affect available augments) I want to propose this idea:
I would love to have a questline or "acceptance factor" for each race, which allows the change of racial stats and augments to that specific race, while also loosing the augments and base stats of your current race (so you cant collect all augments). In case of a questline it should be quite long (like 20 hours) and timegated (maybe once every few months). For the acceptance factor you would just need to do any quests provided by that specific race (with the same timegate of course). The character appearance should not be affected by this, because the idea is based on the acceptance of your character (proving your worth) to the race of your choice. One example would be like this:

Vhaeyne wrote: »
I guess if they had a long quest line where orcs beat you to the point that you are now dumber, and less charismatic, but a little more strong and durable. As a part of some sort of brutal orcish hazing. You still look human, but instead have the orcish racial features. I would find that to be an amazing feature that is just a part of good character development.


Here are some pro's and cons this might add (I'll try to be neutral here):

Pros:
-With a very long leveling/ character building process you dont need to relevel the same class, just because you picked the wrong race at Level 1 (for casuals, or people who like a new flavour after 2000 hours played).
-Higher identification with your character, as you might see yourself as an elf, but you prefer the playstyle of a human.
-Adds some possibilities to RP (for example being abandoned by your own race, seeking shelter with another one)

Cons:
-There needs to be some indicator to show which racial augments a character has, as augments and appearance arent connected anymore
-Less importance of the choice you make with your race

Neutral:
-This wont become a META-Tool, as long as the patches have a higher frequency than the possible race changes

All in all I think this would please more players than it would hurt and I would like to hear your opinions on this idea.
3