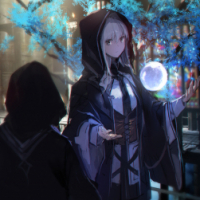 renadedante Member, Intrepid Pack
June 2021 in NA Guild Recruitment
Hey you! Are you tired of being the goodie two shoes? Tired of all the epeen sizing contests? Do you want to roleplay but you're tired of it only being once a week in an event? Are you interested in the idea of being a religious node but the dark side? Do you miss the times when guilds were who you did everything with, not just raids? Have you broken your back carrying your team?

Well this may be the guild for you!

This guild would be created for those who want something a little different with the current population of mmo players. We're looking for people who are tired of guilds only being for raid nights, we want to create a family.

We will be experiencing all aspects of the game including pvp but our main passion will be the pve content. This is an interest check, please drop a comment or thumbs up it if this type of guild would interest you!