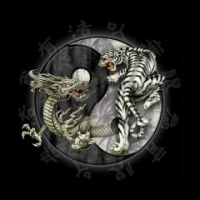 wolfwood82 Member, Alpha One, Adventurer
June 2021 in General Discussion
I've seen that some effort has been put into flight mechanics for the game, specifically the flying mounts that are super rare.

I'm curious if flight will be a thing in other ways, and how might the mounts retain their superior quality in spite of other methods of flight being used?

Ideas I had were magical items and abilities of some spell casters (mages and clerics granting the power of flight with a buff, summoners summoning a flying mount, bards poly-morphing into small flying creatures like ravens, and magical items that grant the power to non-magical classes). Travel speeds for flight would be roughly the same as running speed, maybe a bit faster, but far slower than flying mounts.

These powers/items would be higher end, obviously, and should have unique benefits and drawbacks (poly-morphing into a bird means you can be 1 shot killed, but also means you are less noticeable and possibly benefit from stealth).

It also raises the question of aerial combat and air born threats, such as large birds of prey, bats, dragons, and other things. Maybe a key benefit to the flying mount is that they can bypass these threats, maybe a fear aura or something in addition to being faster than traditional flight.
0